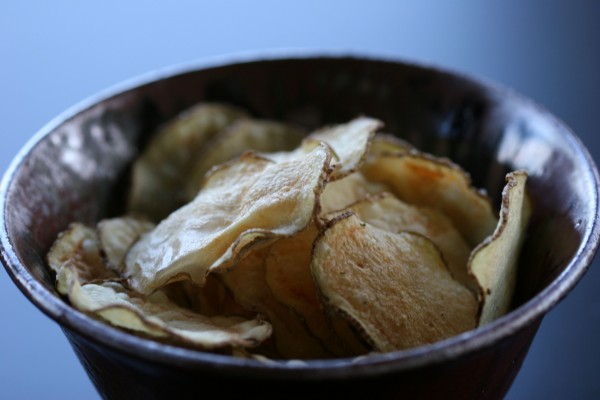 So these happened today!

If you had told me that I could have fabulous, crunchy, salty chips without frying them… and from the MICROWAVE no less… I would have accused you of having what Diane Sawyer had on election night.

While I’m far from perfecting them, here’s the recipe, and a few lessons learned!

Print
Caveman Potato Chips
It's a Geico reference... these really are that simple.
Ingredients
Instructions
3.1.09
That’s it!  They’re not hard, but you do have to keep an eye on them.  And, given the limited space in most microwaves, each batch is pretty small (though big enough for a salt fix!) 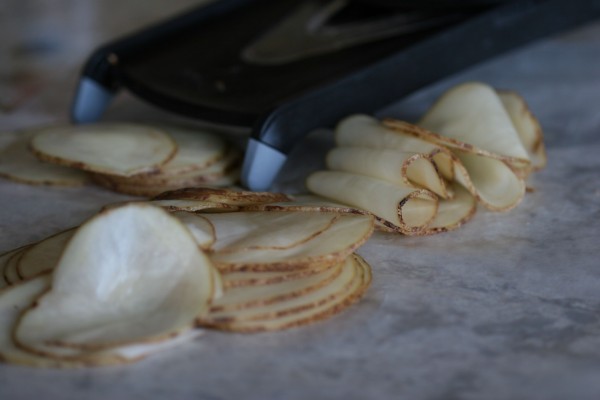 A mandoline is a must.  I have a DeBuyer that is simple to use, and dishwasher safe.  Love it! 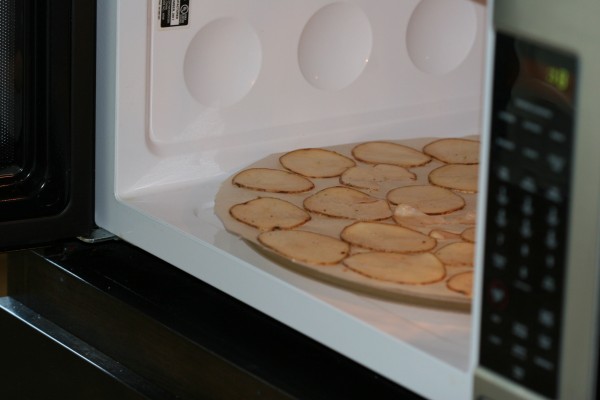 You don’t get a ton of chips per batch, but they’re so worth the wait!  The first batch always takes a full 7 minutes, but I’ve found that subsequent batches take less time.  Check the chips at 4 minutes, and then every 30 seconds, removing those that are just starting to get golden. 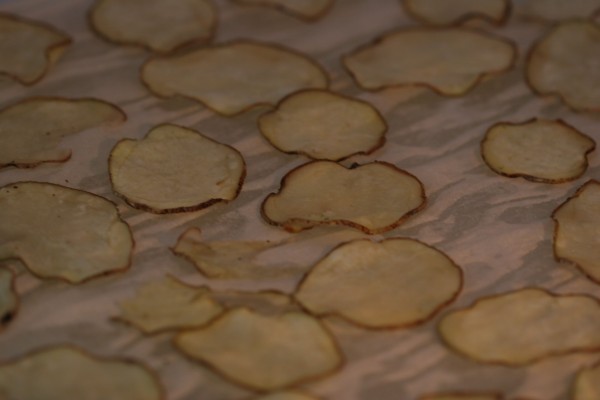 In the process of experimenting, I’ve learned a few things:

Stock Up :: Turkey Meatballs
Grateful for dim light and an illegible font…