Tropical Avocado Brownies {Don’t invite me to your costume party.} 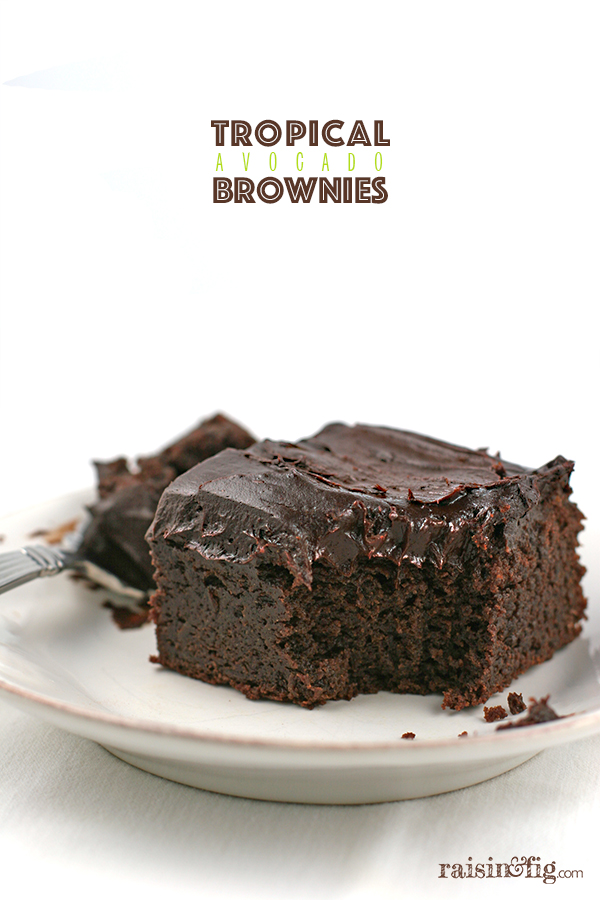 I don’t drink beverages that fizz, “echo songs” drive me nuts, and I’ve never been one for costume parties. In fact, I’d compromise on either of the first two just so I didn’t have to go to the last one. I’ll either make up a “previous commitment” (as in, I previously committed – to myself – that I would stay home and catch up on “House of Cards”) or I’ll be the one that shows up sans costume, as if I’m on my way to or from somewhere else.

I can count the costume parties I’ve attended on one hand. And I went to them in protest. However, I will admit that those “exceptions” proved to be fun. {See the picture below, where I was Dolly Parton to Husband’s Ronald Reagan.} 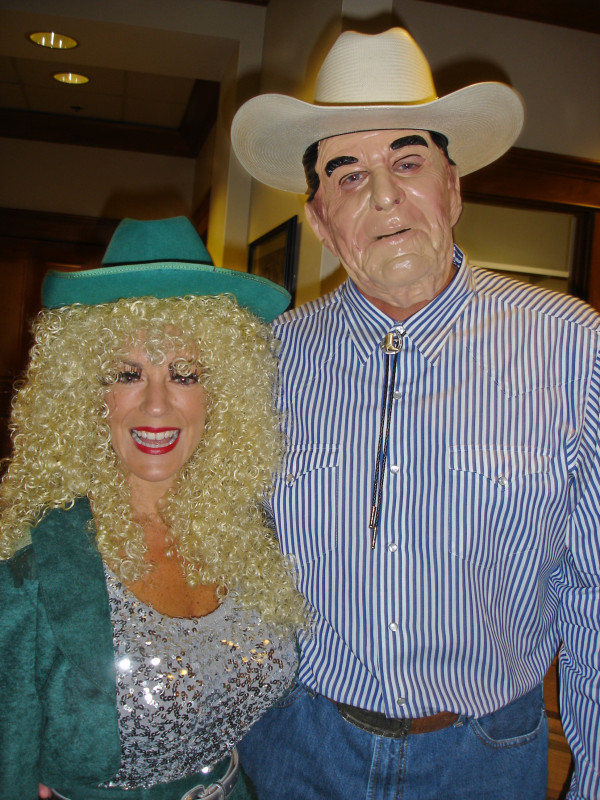 As a rule, I don’t like when a food masquerades as something else either – intentionally or not. Have you ever bitten into a cookie, thinking it’s chocolate chip, when, in fact,  it’s oatmeal raisin? I suppose there are people who actually like oatmeal raisin cookies, but for the REST of us, serving these without full disclosure is just mean. And maybe you’ve seen, through the magic of Pinterest, that there are all sorts of ways you can decorate a cake to look like it’s a meatloaf, or make a meatloaf look like it’s a cake. Why???? 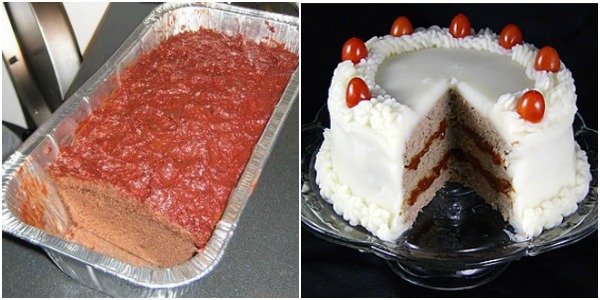 That’s a cake on the left… a meatloaf on the right.

But, just like the exceptions I have made for costume parties, there are exceptions to this quirk too. Especially when it comes to making food healthier {or at least less naughty} by substituting ingredients. {For example, my Macaroni and Cheese and Cauliflower “Rice.”}

So when my friend Robin Asbell created a recipe for Tropical Avocado Brownies, I was intrigued. The avocado stands in for most of the usual fat {butter and oil} in both the brownie and the frosting. But could it actually taste good?

Of course, the true gauge of success – at a costume party, or in a recipe, is if you can pull off the masquerade without anyone identifying who or what has been disguised. So I made a few batches and asked some of my favorite taste-testers what they thought.

They LOVED them. And I loved them!

The “brownie” has more of a cake texture. It’s incredibly rich without being cloyingly sweet. And that frosting… wow.

So I asked my tasters if they could name the secret ingredient. They picked up on the not-so-secret cinnamon and cloves right away {both optional ingredients which give a wonderful layer of flavor}. But after I confirmed that “the secret” was not a substance recently legalized in some states, they were stumped.

When I revealed that it was avocado, they immediately started studying their specimen for flecks of green {there were none.}

After a short pause to process this revelation, every single one of my tasters went back for seconds. Maybe this “masquerading” thing isn’t so bad after all.

7 Responses to Tropical Avocado Brownies {Don’t invite me to your costume party.}