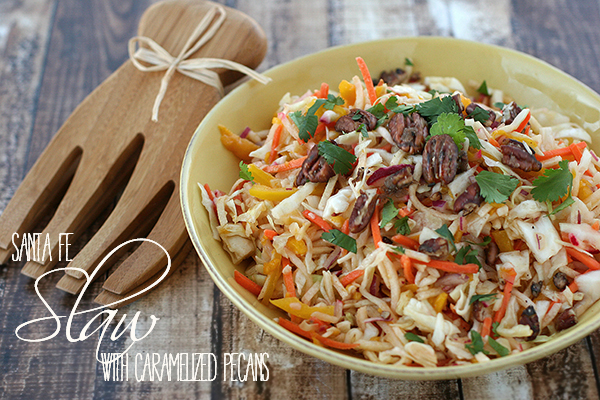 Celebrating milestones with friends is a gift. Celebrating with a girls’ getaway weekend is priceless.

Destination: Scottsdale. We were pretty much guaranteed great weather, terrific food and lots of laughs. Landing a few suites was a total bonus. We had booked a couple of regular rooms, but once we checked in, let’s just say there was a “plumbing issue” in the block of rooms we had, and the hotel had no choice but to move us.

Add “great service” to the list of plusses for the weekend – the concierge placed us in a couple of suites that were not only beautiful, but included breakfast AND happy hour every day. {Translation: the money we’d save on food could be transferred to our spa budget!}

It was during one of our breakfasts that my friend Mim and I discovered a cookbook the hotel had placed on display. I’m not sure which of us had our Amazon order completed first.

Seasonal Southwest Cooking is one of those cookbooks that you pour through, from beginning to end, not skipping a single page. The photography is gorgeous, the narrative and “extras” are terrific, and of course, the menus and recipes mouthwatering. But I was hooked before I even reached the Table of Contents, when I saw the dedication: “To Julia Child, my friend and mentor. I miss you very much.” If you’ve hung around Raisin & Fig for awhile, you know that I’m a huge Julia Child fan {see here and here}.

Barbara Pool Fenzl is an incredibly gifted and accomplished chef in her own right, and created this delicious collection of recipes that celebrate the flavors of the southwest. I’ve also just found out that she runs Les Gourmettes Cooking School in Phoenix – so now you know what will be on my birthday / Christmas lists from this point on!

One of the first recipes I tried was this colorful and delicious slaw. It’s got just the right mix of “heat” and “sweet” – perfect for accompanying these Chicken Enchiladas or Chicken & Wild Rice Burritos. And it’s fresh and light at the same time.

Print
Santa Fe Slaw with Caramelized Pecans
Author: adapted from Barbara Pool Fenzl
Serves: 8-10
Ingredients
Dressing
Caramelized Pecans
Slaw
Instructions
3.2.2265
Mim added papaya to the recipe to cut down on the heat, which I think is brilliant, and I’ve incorporated that here. {I’ve used mango instead of the papaya as well – equally delicious.} We both cut back on the spices in the dressing – just a tad – because, well, we live in Minnesota, and our neighbors’ “spice tolerance” isn’t exactly high.

Until I can swing a trip to Phoenix to coincide with one of Barbara’s classes, working my way through this collection will have to do. As you can see by pages I’ve marked, I’ve got plenty of recipes to keep me busy. 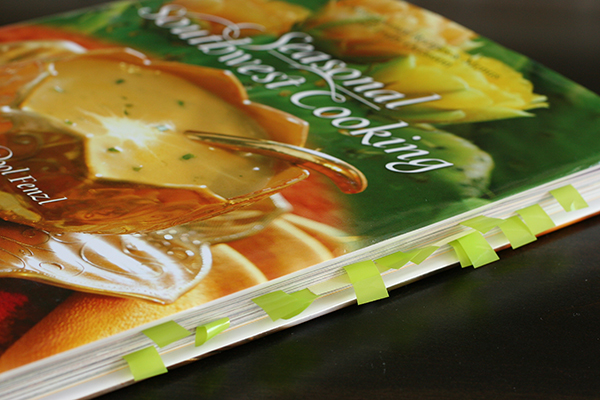