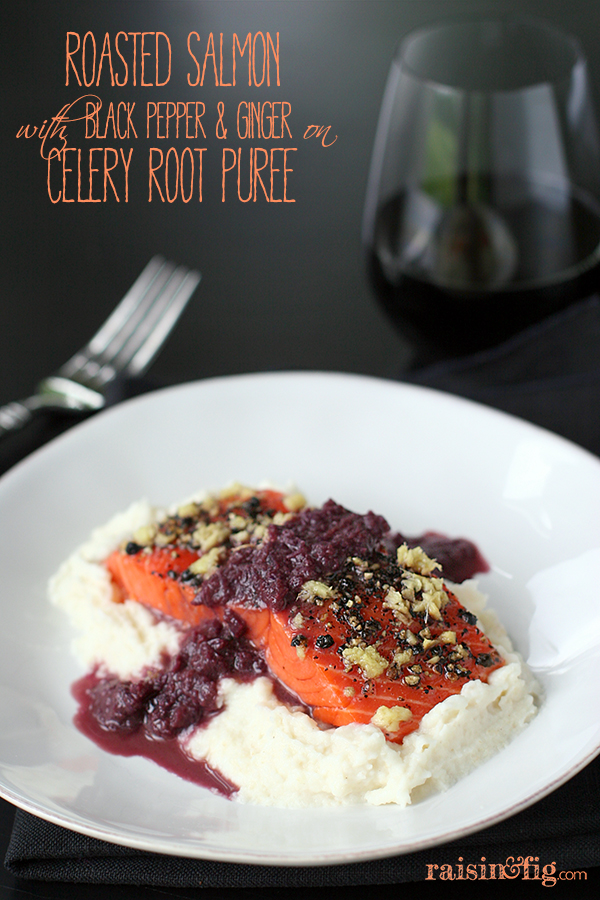 On the night we wandered in to the original Spago restaurant on Sunset Boulevard, we were told the wait could be three hours. But it was Spago for crying out loud – we’d wait!

By the time we set foot in the place, Wolfgang Puck’s original Spago was well known for outstanding food, but even more famous for its celebrity clientele and the annual Oscar party the restaurant hosted. (On any given evening, a handful of paparazzi waited in the parking lot in the hopes of getting a shot of Meryl or Harrison or Demi. Imagine their disappointment when we walked in!)

We were crazy to try and get a table. But we loitered behind some folks at the bar until two stools were available, and figured we’d wait it out there. About an hour and a half later, we were seated, and on a night that went by far too quickly, enjoyed a spectacular meal. The waiter stopped by and asked if we were interested in dessert. Everything he described sounded fabulous.

That was the point where Husband interrupted him and said “I have a challenge for you.” Wait, WHAT? We’re at Spago and you’re CHALLENGING the waiter?! {Truth be told, while part of me was mortified, a larger part was so touched that Husband wanted to make this evening even more special!}

I knew what was coming. I’d been going through a dessert-phase and there was a wacky concoction at the top of my list. So Husband proceeds to say: “Here’s what she wants: A moat of hot fudge. Floating in the moat is a hot brownie. On top of that, a scoop of vanilla ice cream. Oh, and on the side, a big blob of peanut butter.”

The waiter’s facial expression didn’t change – save a quick lift of the eyebrow, a slight smirk and a barely detectable twinkle in his eyes.

Shortly thereafter, a gorgeous interpretation of the requested dessert appeared, and I inhaled it like there was no tomorrow.

I think I was licking the plate when Wolfgang Puck himself came over to make sure I’d enjoyed my dessert. And THAT was when he sat down with a big glass of red wine and began an amiable chat.

That’s when we learned “the rest of the story” about my dessert. Husband’s request was all well and good, except for one little detail. Spago had no peanut butter on hand that night. I’m not sure who had to make an emergency trip to the closest grocery, but they did it. And why? Because I was a customer. Not a “celebrity customer,” but simply a customer.

In the years since, Wolfgang Puck has launched lines of cookware, numerous grocery products and a bunch of restaurants and franchises. In other words, he’s become even more of a household name.

The original Spago on Sunset is long gone, but he opened another on a beautiful corner spot in Beverly Hills.

A few years ago, we were enjoying a late lunch in the courtyard of the {then} new location on a beautiful spring day. Midway through our salads, guess who stopped by our table to see how we liked our meal?

Puck certainly didn’t recognize us – we were just some of that day’s customers. But he spent as much time checking on us as he did Arnold Schwarzenegger and Maria Shriver at the next table. {This was obviously prior to the “housekeeper incident.”}

Years later, we still remember both of those meals, and a few precious others at Spago. In addition to great food, we were always made to feel special – even if, by “Hollywood standards” we were nobodies.

One of my favorite dishes – that Puck later published in “Adventures in the Kitchen,” was a Roasted Salmon with Black Pepper and Ginger on Celery Root Puree. It always brings back fond memories of great meals in the City of Angels. The recipe isn’t hard, but it does take some time. You can make the puree and sauce ahead of time, then gently reheat them while roasting the salmon.

I think I recreated the dish pretty well – the flavor was good enough to trigger memories of that first Spago night. And Husband loved it. It’s a joy to have a happy customer.

Print
Roasted Salmon with Black Pepper and Ginger on Celery Root Puree
Wolfgang Puck "Adventures in the Kitchen"
Ingredients
Salmon
Celery Root Puree
Sauce
Instructions
SALMON
CELERY ROOT PUREE
SAUCE
Notes
MAKE AHEAD:
The salmon can be seasoned, covered and refrigerated up to 3 hours before roasting.
Both the sauce and pureé can be made the day before, refrigerated then gently heated before serving. {Heat puree in a pan set over simmering water so that it doesn't dry out or brown while reheating.}
3.2.2708
The original Spago on Sunset Strip. Everyone who was “anyone” in Hollywood had a table by those windows at some point in their career. 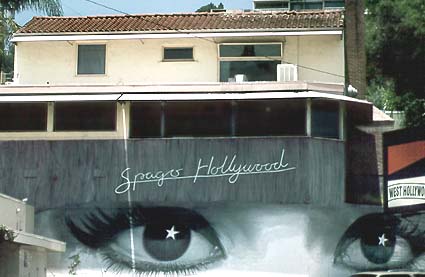