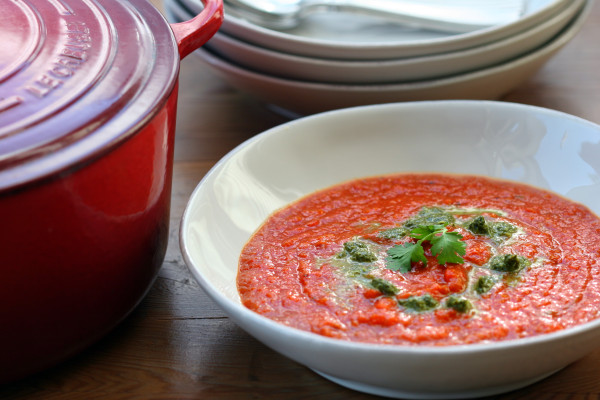 I may have been a little over-zealous at the farmers’ market when I saw how gorgeous and inexpensive the sweet peppers were this past weekend. I can’t recall my thought process, but apparently, I had in mind making stuffed peppers, Pad Thai, fajitas, AND some sort of slaw, in addition to eating them raw for a snack. It would be pepper-MANIA in our kitchen!

What was I thinking? I failed to take into account that we had company coming, and back-to-back events that gave me little time in the kitchen for the next several days. So there they sat. 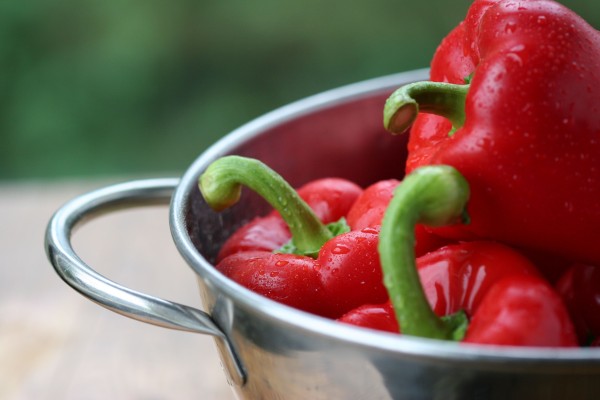 Finally this morning, I had a block of time between conference calls where I could catch up on all things domestic. Into the laundry went the guest towels and sheets, out to the curb went the garbage with remnants of our party {so embarrassing when wine bottles spill out of the recycling bin and roll down the driveway}.

Now for the peppers… I decided they’d make a great soup. I’d had Roasted Red Pepper Soup a number of times at restaurants, but never made it at home. Within half an hour, I surprised myself with a delicious new addition to my repertoire! And it’s very healthy – blending it gives it a velvety texture without the addition of cream (though you could certainly add it).

I enjoyed some for lunch with a little side salad. The rest goes into the freezer for an evening when we’re short on time and inspiration! Hmmm, it would go great with Mini-Reuben Sandwiches too…

Print
Roasted Red Pepper Soup w/ Cilantro Oil
Ingredients
Cilantro Oil
Instructions
3.2.2124
If you’re not a cilantro fan, you could use regular basil pesto as a garnish, but the cilantro oil is delicious.

This soup is also great served cold or at room temperature, which makes it a great appetizer option. {Try serving in shot glasses.} 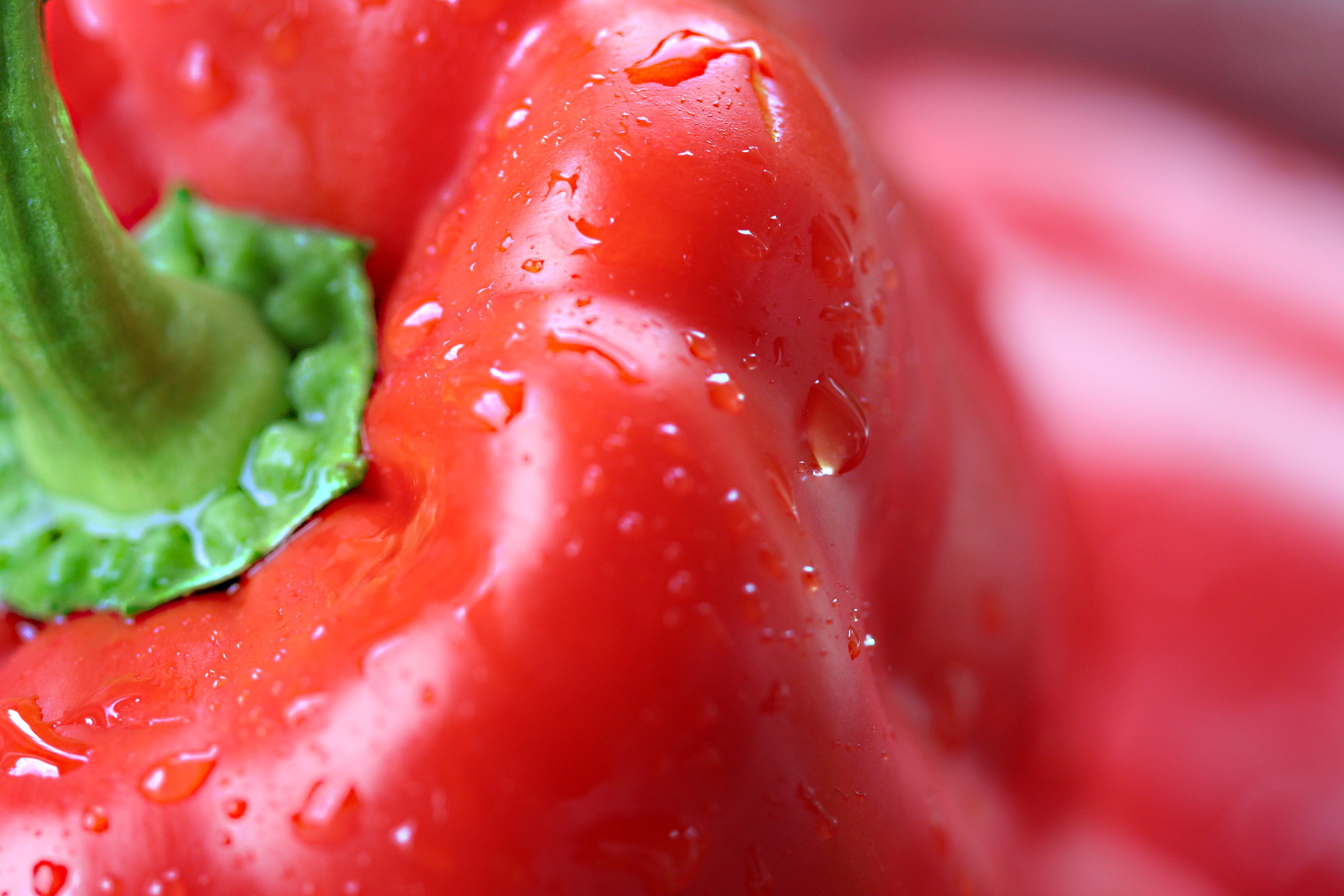