Pumpkin Turkey Lasagna {It’s not about the meal…} 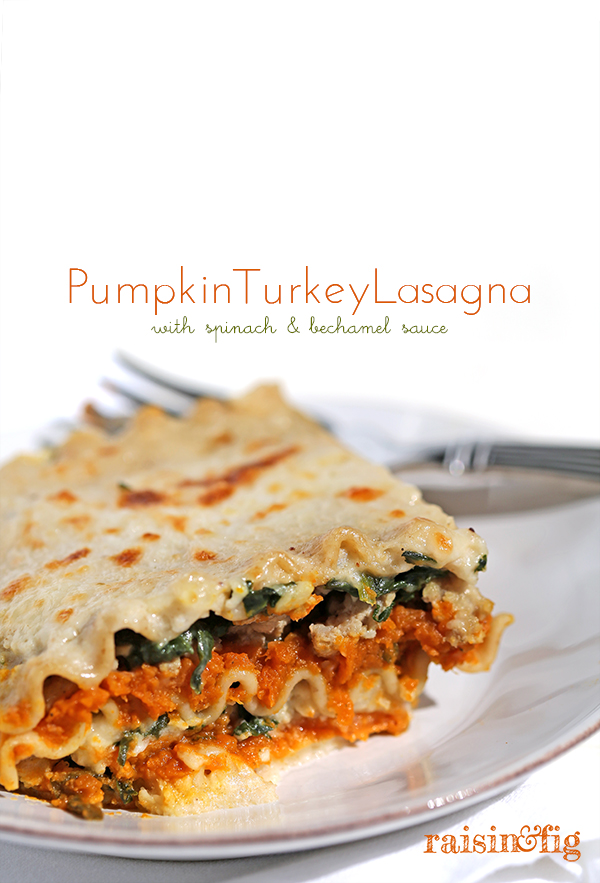 I started it. And for a short time, I was “religious” about it. I did it maybe two dozen times. But as time went on, I got “busy.” Or I “forgot.” The last time was 9 years ago.

When Husband and I got married and built our house, I couldn’t wait to start entertaining together.

So I thought I’d start a dinner-party “journal” of sorts. You know – a log of who came over, what I served, how the whole thing went, etc. Not only did I think it would be a tremendous resource for future gatherings {don’t forget to buy ice!}, but what a great memento of time spent with friends old and new!

And at first it was. For each dinner we hosted, I wrote down whom we invited, what the menu was, how I did the table, and what the highlights were. 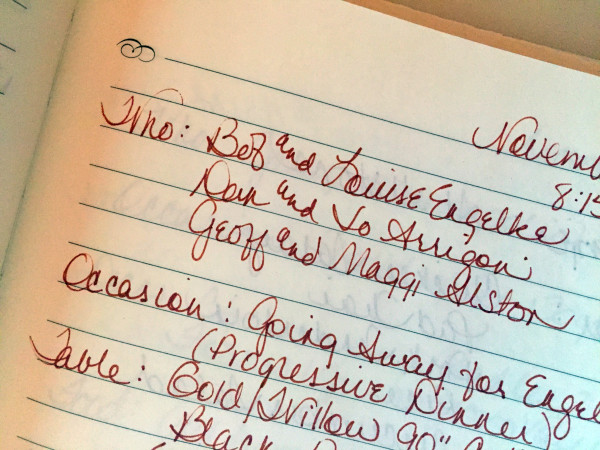 There was the impromptu dance party to someone’s 80’s playlist. And the guy who brought his {obvious to us, but not to him} C-R-A-Z-Y girlfriend, who later accused him of attempted murder. And it wasn’t {isn’t} unusual for a science experiment to break out in the kitchen… we’ve been known to play “will it spiralize” – featuring whatever happens to be loitering in my produce bin or fruit bowl. Then there was the night we played this {in hindsight, STUPID} game called “Love Couples” which I’m pretty sure resulted in a number of spouses sleeping on a couch. {Maybe that was a “low”-light rather than a highlight. But nonetheless, it was a memory!}

The point is, what I intended as a notebook to help me improve my entertaining skills was, for a short time, an incredible memoir of evenings spent at our kitchen island or around our dining room table.

As time went on, maybe I felt I had enough experience that I didn’t need the notes. By now I knew we needed to pick up a bag of ice. By now I knew that I should only try ONE new recipe alongside some tried-and-trues {unless of course, these were REALLY good friends}. By now I knew that prep-work was everything, otherwise I’d never get to visit with our guests.

So I quit taking notes.

And I’m sad about that.

Because while I may have learned a lot about what does and doesn’t work when it comes to entertaining, what is incredibly precious and priceless are the highlights of each gathering.

So if I were to talk to me, back when I was getting a bit complacent… or to you, when you are just hitting your entertaining stride, I’d say…

Enjoy the moments when you’re in them.

Clean the kitchen before you go to bed.

And the morning after? While the memories are as fresh as that cup of coffee you’re holding… Write down what you served. Who was there. What worked. What didn’t. What you talked about. And what the highlights were.And even if you think you’ve got this entertaining thing down? Do it anyway.

Because it’s not about the meal.

It’s about the memories.

5.0 from 1 reviews
Print
Pumpkin Turkey Lasagna with Spinach & Béchamel Sauce
Author: Slighlty adapted from Clean Eating
Ingredients
Instructions
Notes
This is great for entertaining - make and assemble as early as the day before, so all you have to do is bake and serve.

I have made this with regular {not "no-boil"} whole wheat noodles - but that added the step of cooking them first. It's equally delicious.

You could also substitute mushrooms for the turkey for a vegetarian option.
3.4.3177