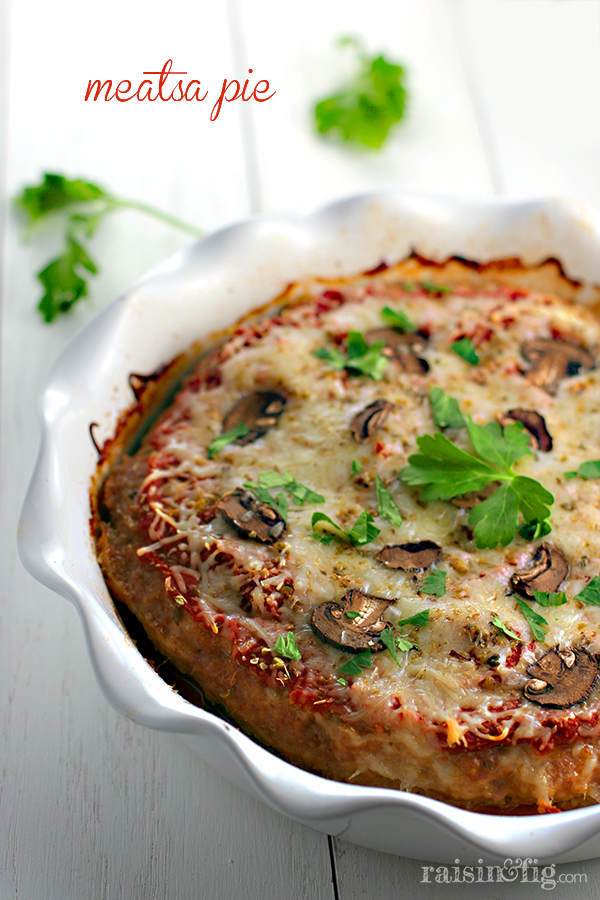 Here’s a typical comment I get from some of my friends who follow Raisin & Fig: “I would love to try some of your recipes, but I have all of two seconds to get dinner together, and we’re just not gourmet at our house.”

This one’s for you…

Instead of launching into my speech about the importance of family meal time, and all the benefits {health and otherwise} of cooking good food at home, I’ll just offer a recipe that takes {literally} 5 minutes to assemble and it’s SO not gourmet.

Meatsa Pie {sometimes spelled Meatza or Meatzza} is basically a pizza sans crust, where meat has the starring role.

It was probably one of the first meals I ate as a toddler. My mom got the recipe from my great Aunt Marge in the early 1960’s. If I had to guess how many times I’ve had it… well let’s just say it made regular appearances in our house growing up {often served with the infamous Green Bean Casserole as a side. These days, I usually make Green Quinoa with Pepitos and Roasted Cauliflower.} 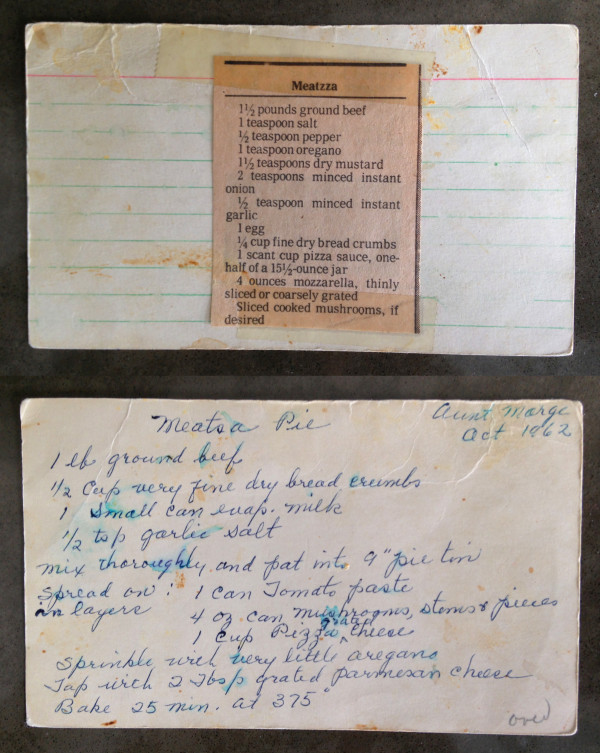 I’ve had a hard time hunting down the origins of the dish, but I did find a somewhat odd version in a {very funny} feature called “The 15 Most Insane Vintage Recipes Published in Bon Appetit.” 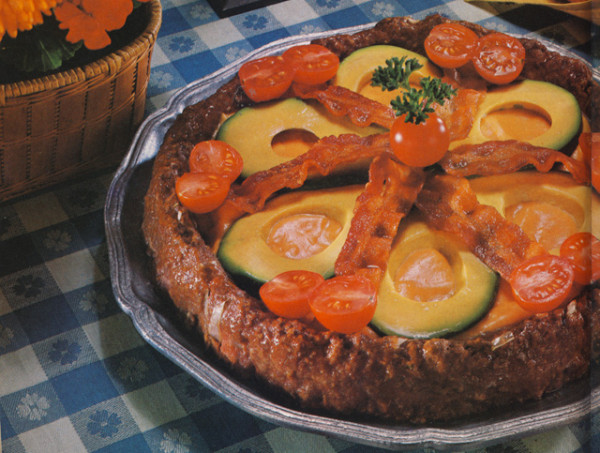 Meatsa has made a comeback of sorts recently. A quick Google search turns up several modern takes on the humble “pie.” There are more than a few “paleo” versions, and even one by celebrity chef Nigella Lawson. {Whom, in one review, was touted as the originator of the dish, which is obviously untrue. She wasn’t even born when I first ate it!}. This same article called it the worst of Nigella’s recipes – but then, those reviewers were knowledgable Italian cooks who insist on authenticity.

My version of Meatsa Pie is one of my go-tos during a busy week, and something I often make ahead for Husband if I’m going to be out of town – all he has to do is bake it and enjoy.

Mom made it with ground beef and topped it with mushrooms. I use ground turkey {yes, sometimes I grind my own} and whole-wheat bread crumbs. You could top with olives, green peppers or even pepperoni – but I like it as is.

The best part? It’s fast, it’s easy – and it’s GOOD! Even better, you can make it ahead, and freeze before baking.