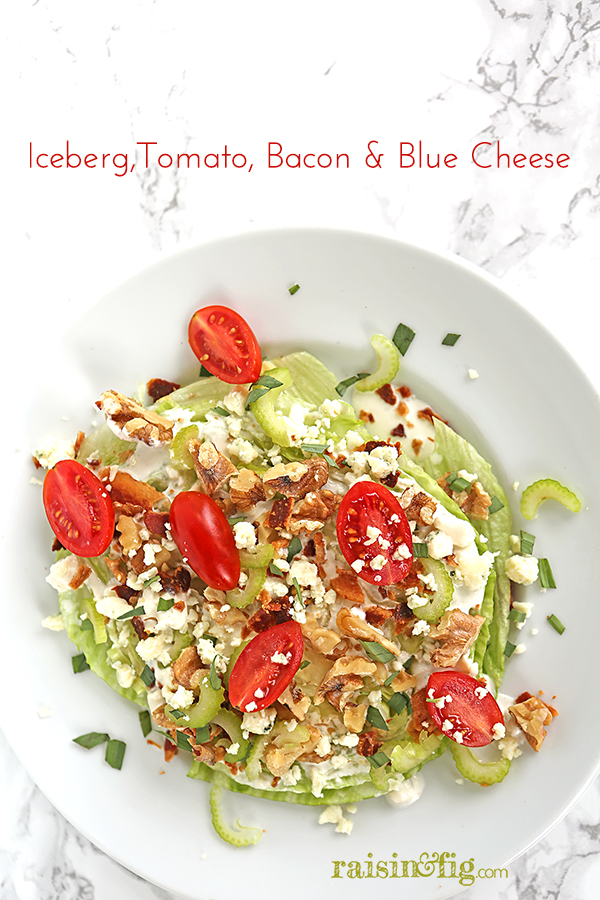 If you’re of a certain age, and especially if you’re from the east coast, you get a picture in your mind when you hear the word “steakhouse.” Maybe you know of Delmonico’s {the first steakhouse in the US}. Or Peter Lugers… Murray’s… Or my personal favorite, 21 Club.

A traditional steakhouse was typically dark and ornate. I remember red naugahyde booths, wood paneling and waiters in white coats. Many of my experiences were before the advent of certain laws – and back then the dining room was often veiled with a smokey haze.

This wasn’t fast food or casual dining. This was “important business dinner,” “Dad got a raise” or “he’s popping the question.”

In Gordon Gekko’s case, 21 Club is where he chose to educate his protegé on the finer things in life {steak tartare and expensive suits}. 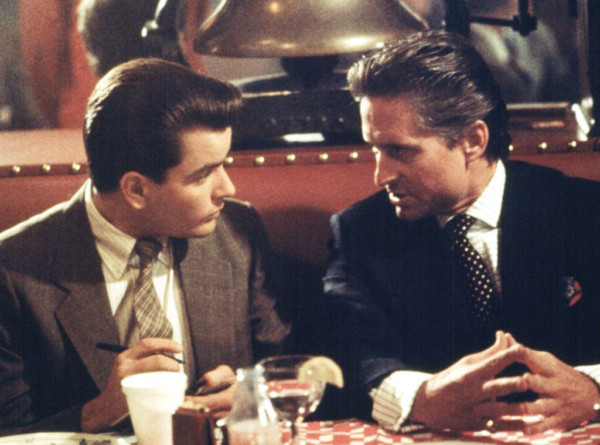 Then there was the food.

In addition to the gigantic ribeyes, porterhouses and T-bones, there were potatoes {baked, scalloped or hash browns}, some type of green vegetable, and bread. All swimming in copious quantities of butter. All in huge portions. And all a la carte.

Kicking off just about every meal was the Wedge Salad. I’m sure many looked to the wedge as a way to counter-balance the onslaught to follow, but let’s face it… that wedge of lettuce was just a way to deliver blue cheese and bacon.

Steakhouses aren’t my typical restaurant choice these days, but there are several that I think of as special. Gorat’s {an Omaha favorite of Warren Buffett}, Capitol Grille {Husband and I had the entire restaurant to ourselves on election night 2000 – in DC!} and the infamous 21 Club. I left every one of those meals with great memories… and tighter pants. 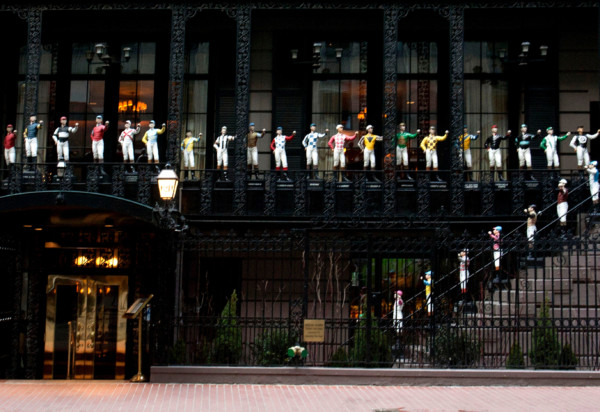 So in a world where we’re told to eat more leafy greens – like kale and spinach, it was most likely nostalgia that made me dog-ear the page when I saw this recipe in Bon Appetít.

This Iceberg with Tomatoes, Blue Cheese and Bacon isn’t just any old wedge. It’s sliced into rounds, which makes it kind of fancy, without being fussy. And, you get delicious toppings {in reasonable quantities} with every bite. Don’t skip the walnuts and tarragon!

If you’re throwing some steaks on the grill for friends or family, this is the salad to serve.

Quick Tip! For perfectly crisp bacon without the mess or smell – use your microwave! Lay 4 sheets of paper towel on a large plate. Top with bacon slices {not touching}. Cover with 2 sheets of paper towel. Microwave for 1 minute per slice. Bacon will crisp as it cools. I’ve found 4 slices at a time {so 4 minutes total} is perfect.
5.0 from 1 reviews
Print
Iceberg with Tomatoes, Blue Cheese & Bacon
Author: db Brasserie, The Venetian, Las Vegas
Ingredients
Instructions
3.4.3177
You can toast your walnuts, cook your bacon {see tip!} and make the dressing ahead of time. All that’s left is slicing the lettuce, celery and tomatoes – which takes no time at all.

Caprese Salad on a Stick

Basil, Cucumber & Avocado Gazpacho
Nutty Granola Bars {These are for you, Donny Osmond!}