The Best Guacamole on the Planet 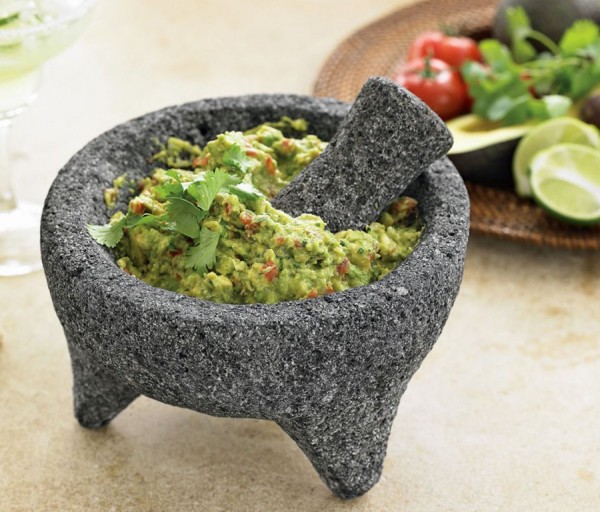 There’s been some competition between my neighbors over the years.  It involves guacamole, and whose is best. We’re told it’s a tie between mine and my friend Doug’s.  Well that makes sense — he and I use the same recipe!

In 1986, Josephina Howard opened a fabulous restaurant on 58th and First Avenue in New York called Rosa Mexicano.  My first visit was in 1988 — and I’m pretty sure I have visited Rosa’s every year since.  It helped that they opened one in DC, where Husband visits frequently for work.  And (finally!) last year, they opened here in Minneapolis.

One of the many things that continues to lure me to Rosa’s is the guacamole made table-side.  There are only five ingredients — but dang, they work together well…

Over the years, we’ve introduced many friends to Rosa Mexicano – including our friend Doug.  And everybody gets hooked on the guac.

Sometime in the early 90’s I was in New York on business, and stopped in for a “fix.”  Josephina had just published a cookbook — which included the famous recipe.  My carry-on for the trip home included the book and a molcajete I bought just to make the guacamole.  It still holds the record for heaviest carry-on ever!

Nearly twenty years later, I’m still lugging that wonderful treasure out of the cupboard to make a batch of the the best guacamole on the planet.

5.0 from 1 reviews
Print
Guacamole en Molcajete
Author: Rosa Mexicano
Ingredients
Paste:
Instructions
3.2.2045
Toss in a serrano chile (instead of the jalapeno) if you want to kick up the heat, and adjust the flavors to taste.  Bueno!

Multi-Seed Crackers {The Worst Salesperson on the Planet}

Did you hear the one about the couple that needed a new dishwasher?
Memorable Meals :: Thank you, Chef Carlos

16 Responses to The Best Guacamole on the Planet