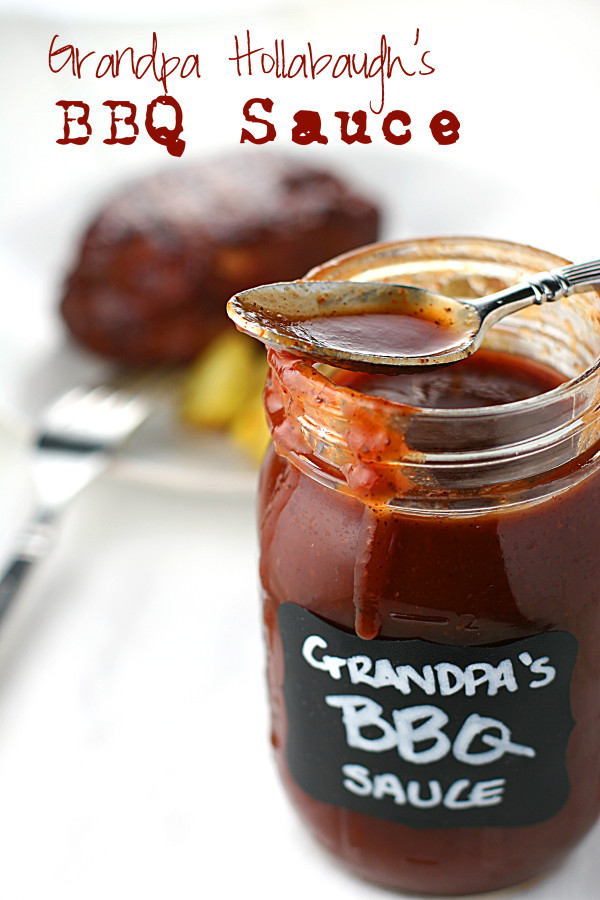 In Minnesota, the return of spring means a number of good things. Among them, that it’s time to fire up the grill and get outside! With that – for me anyway, comes a certain amount of nostalgia. My dad was a grill {and smoker} maestro. Mom would prepare whatever it was he was to grill – burgers, brisket, individual barbecued meatloaves, or even pancake batter – and then turn it over to “Big Dave.”

What made many of those meals special was Grandpa Hollabaugh’s BBQ sauce.

Now, to be honest, I don’t remember Grandpa cooking when we’d go visit. Ever. But the sauce that made those meatloaves so memorable was apparently his.

I even went through old pictures to see if I could find any of him standing by a grill or a stove. Nada.

However, the search led me to a couple of great pics to share. Here’s Grandpa, sometime around 1945. Wasn’t he handsome!? 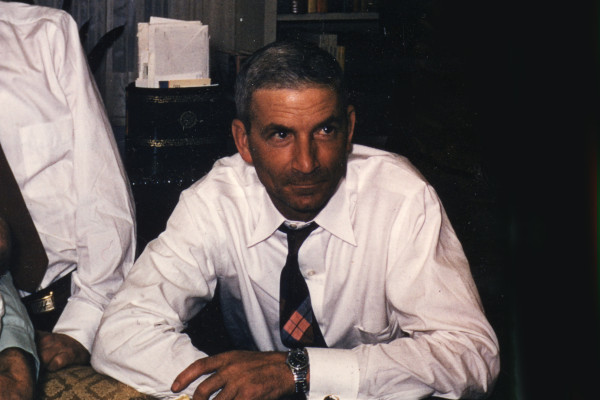 The closest I found to a clue that there MIGHT be a grill nearby is this one from a picnic in 1959. 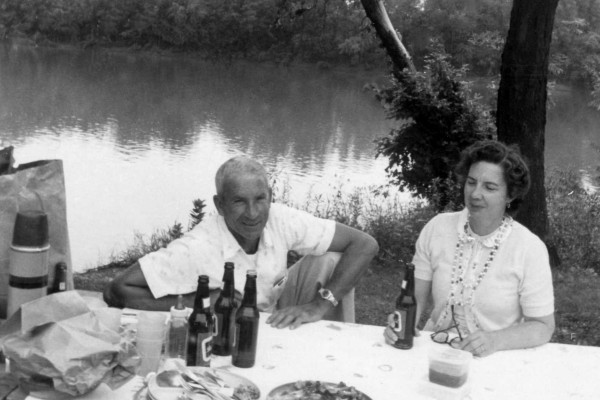 Last weekend, after an afternoon spent getting the deck furniture out of storage, scrubbed off and placed where we’ll enjoy several precious spring and summer meals, I needed to make something to celebrate. And what better than a BBQ? With this sauce, of course.

I made my version of Mom and Dad’s barbecued meatloaves {recipe soon!}. Then, for a weekend brunch, an incredible {if I do say so myself} BBQ breakfast pizza. I will definitely post that one at some point – when I remember to snap a picture before devouring it.

If you follow Raisin & Fig {thank you!}, you know that I normally lean toward making things healthier and natural. This recipe calls for a generous amount of brown sugar AND Heinz ketchup {Grandpa apparently insisted – it was underlined in the recipe}. But I was kicking off grilling season, and figured that once brushed on my meatloaves, it really wouldn’t amount to a lot per serving. That is, if you don’t count all the taste-testing and licking the spoon…

Make a batch of this and use it all season long – on chicken, ribs, pizza or whatever you feel like throwing on the grill. You can change it up a bit by substituting molasses for some of the sugar, or adding a bit of Bourbon.

I’ve got at least two recipes coming up using BBQ sauce. Rest assured, you can use store-bought, but I’m more than a little partial to this one.