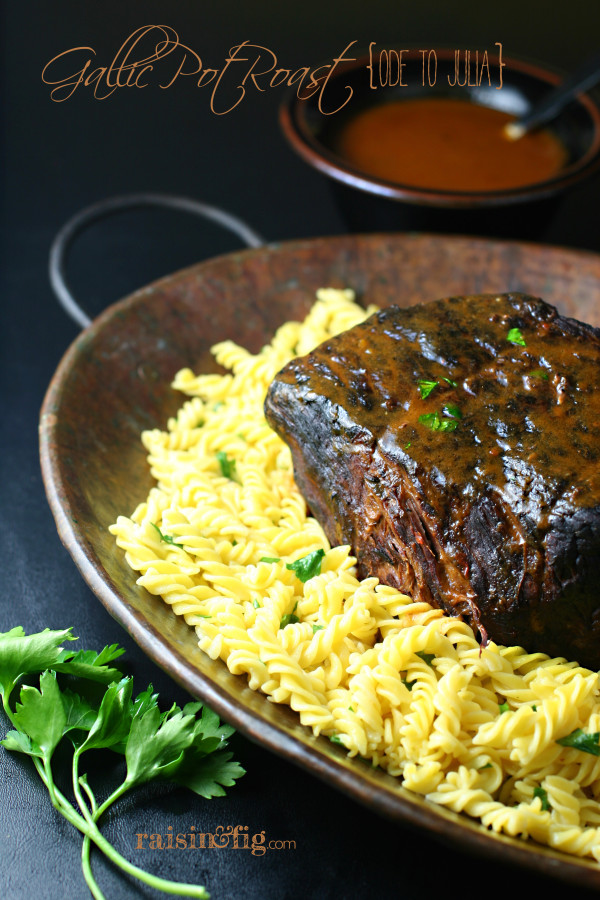 Apparently, I’ve been dicing onions all wrong. And I never knew how to cook – let alone eat, an artichoke. Further, if you asked me what “tripe” was, I’d have said a fish.

That was, until I spent an entire evening watching old episodes of “The French Chef” with Julia Child. I managed to finish half a dozen shows before forcing myself to call it a night – and I learned a ton.

If you’ve not seen one of her shows, it’s likely you have seen a parody of one – say, on Saturday Night Live. Or maybe you caught Meryl Streep beautifully capturing the chef in the movie “Julie & Julia“.

I’m a bit of a Julia fan. You’ll find a Pillivuyt dish from her home in France, along with her autograph in my kitchen. But I had never watched her first television series.

Long before today’s perfectly staged cooking shows on the Food Network – in kitchens that are impeccably organized and always spotless, there was Julia. Her voice is unmistakeable, her style incredibly casual and you are guaranteed to learn something in every episode. Also, I’m pretty sure that, at least when taping The French Chef, current Health Department standards were not on her radar. {Watch the episode from which this recipe comes, and you’ll see what I mean!}

She didn’t take herself too seriously, but boy did she take her ingredients seriously! Namely, lard. And butter.

Besides her genius, and her way of making anyone feel confident enough to tackle one of her dishes, she embraced the dropped chicken, the messy frosting job and other inevitable kitchen faux pas. The episodes typically end with Julia carrying the finished dish into the “dining room,” sitting down with a glass of appropriately paired wine and showing you how to best serve and enjoy the recipe you’re now dying to try.

In the episode titled “Gallic Pot Roast,” she introduces us to a larding needle {a what?!] and instructs us to use a whole bottle of wine in the marinade. I laughed out loud when she said “If you don’t have time to marinate this for at least two days, don’t bother!”

She ends the episode by exclaiming ::

Just look what happens when you cook with your noggin and a little bit of wine!

Husband and I don’t eat red meat very often, but I was so hungry for pot roast at the end of this episode, that I wanted to make it right then. And by “then” I mean, it was close to midnight. Instead, I waited until I possessed both the time and consciousness to dedicate to the dish. The result? Délicieux!

Some notes :: I omitted the lard, as well as the bones that Julia uses in the show. If you’d like to explore making this just as Julia would, refer to a very similar recipe {for Boeuf à la Mode} in “Mastering the Art of French Cooking.” It is 6 pages long!! But so incredibly informative and helpful. You should be aware – you’ll also need cracked veal knuckles, split calf’s feet and fresh pork rind if you’re going for authenticity!

Start this at least two days before you want to serve it. I marinated mine for four days! {Julia said that was ok.} You’ll love how delicious your house smells as the roast braises.

And as Julia would say… “Bon appetít!”

5.0 from 1 reviews
Print
Gallic Pot Roast
Author: Julia Child
Ingredients
Instructions
Notes
Julia says this recipe serves 12. I used a roast just over 4 pounds and scaled the recipe accordingly. Don't worry about exact measurements - almost every ingredient given in the program was prefaced with "about" or "approximately" or followed by "to taste" or "to your liking."
3.2.2925
By the way, I picked up the yummy noodles in this picture at the Mill City Farmer’s Market on Valentines weekend. The pasta is a Butternut Squash Fusilli, that just happens to be gluten free. It’s from a wonderful local company called Sunrise Creative Gourmet. Tossed with just a little butter and parsley, they made a perfect little bed for the Gallic Pot Roast and sauce. 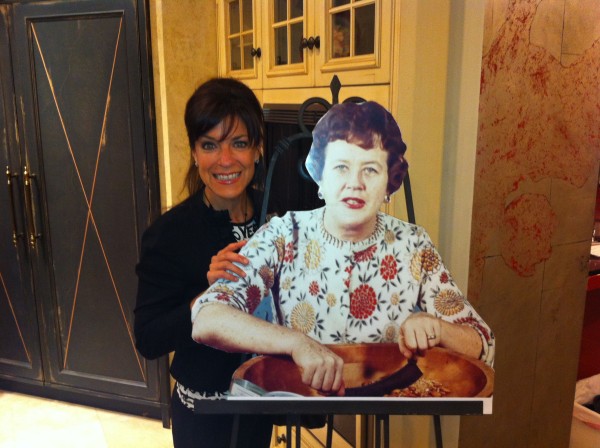 Me and “Julia” at her 100th birthday celebration.

Grateful for dim light and an illegible font…