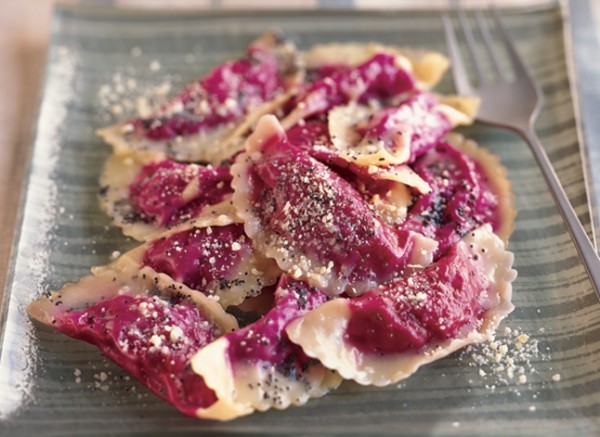 Living in downtown Toronto was a great adventure. If a city can be credited for expanding my taste buds, this was it. For four and a half years we explored a few of its many Chinatowns, the Greek district, Little Portugal and the melting pot that was Queen Street. All within walking distance or a subway ride from our condo.

We ate out a LOT. Husband jokes that every maitre’d in the city knew us a “the couple without a kitchen.” The cooking bug had yet to take hold, but I like to think of this as my “research” phase.

We spent more time at Prego than any other restaurant. It was across Bloor Street from Then-Boyfriend-now-Husband’s office, so it was a convenient place to take clients or meet after work. We were regulars — it became our “Cheers.”

Part of the appeal was a waiter named Scott. We always sat at one of his tables if we could, and took good care of him for taking good care of us.

My go-to dish was the decadent and delicious Beet Ravioli, topped with some browned butter and poppy seeds. I rarely ordered anything else.

After work on Valentine’s Day, 1995 we stopped in for an appetizer and drink at the bar. The place was already buzzing. Scott asked if we were staying for dinner, but we didn’t have a reservation, nor were we that hungry. An hour later he asked again, and again we said no. Eventually, he came by AGAIN and said he had a table for us — he thought we should stay and take it. While a sweet gesture, it was a little odd. Really — we WEREN’T hungry! But something about his insistence swayed us, and we moved our cocktails and our selves to a little table by the window.

It was right next to another little table by the window, that had gone unoccupied since we walked in. Again, odd… they’d turned every table in the restaurant at least once since we’d been there — except this one.

We ordered (another!) appetizer, just to be polite, but it was getting late and we were ready to go. Scott insisted on buying us another drink. Ohforthelove…

Shortly after 10, the mystery of the empty table next to ours — and Scott’s odd insistence that we stay, was solved.

It was impossible not to steal regular looks their way. First, it was a small restaurant, and my elbows were nearly touching hers. Second, she is breathtakingly beautiful — without a stitch of makeup. And Hugh Grant? He’s got more charisma in person than on the big screen.

We resisted the urge to start a conversation — after all, it was Valentine’s Day.

But when one of the guys dropped his coaster on the floor, they both went for it at the same time. And thus began a fun chat that lasted until well after 11.

They talked about wanting to visit other cities in the US besides New York and LA; she was intrigued by our love of the mountains, learning to fly-fish and yurts. I recommended the Beet Ravioli. They were both incredibly charming. Finally, they headed to a midnight movie, and we headed home.

And Scott? He got a rather large tip that night! 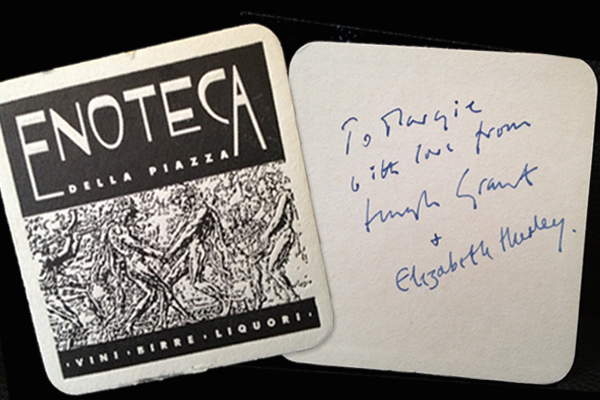 The coaster that started the conversation. They signed it for my sister.

Arguably the hottest spot in Toronto in its hey-day, Prego closed its doors after 23 years in 2010. I’ve had to learn how to make my own beet ravioli — and have come pretty darn close to theirs. But that Valentine’s night can’t be replicated. 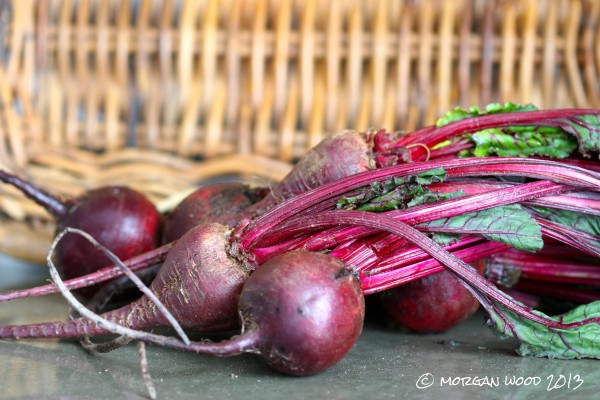