Baked Pasta with Sausage & Broccoli Rabe (and a whole lot of garlic!) 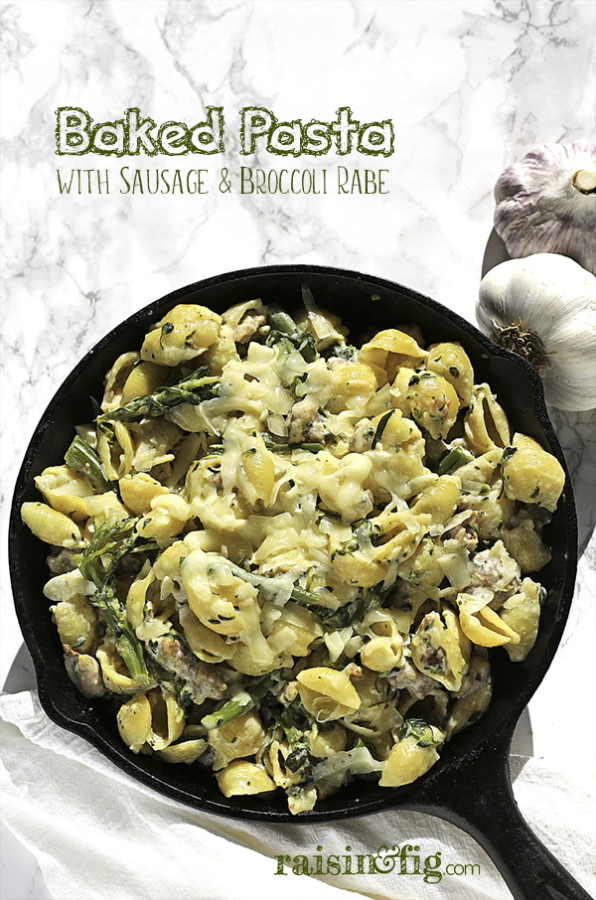 Back in J-School (Journalism School, at UNL – Go Huskers!) we were taught the mantra “Don’t bury the lead.” In other words, you should share the most important thing first; then elaborate (or in my case, digress) for those who care to read further. In the world of food blogs, research says the same is true. In this world, the “lead” is the recipe – that’s why you clicked to get here in the first place, right? So, for those that want to go straight to the recipe for Baked Pasta with Sausage and Broccoli Rabe… click HERE. For the few family members and friends who will read this out of obligation, bless you. Come on over and I’ll make this for you!

This is one of those recipes that had me salivating when I read the original version in Bon Appetit. Their title was a little misleading in that they called it a “One-Pot” recipe. You do  have to boil the pasta in a second pot – which is a small price to pay for this masterpiece of a meal.

Baked Pasta with Sausage and Broccoli Rabe takes “comfort food” to a whole new level. Amped up with awesome flavors (Fontina cheese, fresh sage, red pepper flakes, and a heck of a lot of garlic, it’s also extremely versatile. You can make it meatless, or even gluten free. You can swap out different vegetables for whatever you might have lurking in the fridge. But as-is, it’s perfect. And whatever you do, don’t skimp on the garlic!

Coming off a season of “over-indulging” I did decide to make a few tweaks this time… I swapped out the regular pasta for gluten free (blasphemous to some, I know, but my belly thanked me!) I cut back just a smidge on the cheese and half and half (but then added it back in when I reheated the leftovers! So much for restraint…). Next time I might add some sun-dried tomatoes, and if you’re not a broccoli rabe fan, you could easily substitute regular broccoli or even spinach.

However you decide to make it, this is a recipe where quality ingredients are important. Splurge on a good Fontina and fresh sage, and absolutely use fresh garlic (definitely not the jarred stuff!).

The original recipe says it serves 8. I don’t know how you’d find eight people with enough self-control to call it quits at a single reasonably-sized portion. We are a household of two, so I baked half and froze the rest for a chilly night when I don’t have groceries – or motivation. I’d say this would serve 6. (We did have some leftovers – but they were gone by lunch the next day).

5.0 from 3 reviews
Print
Baked Pasta with Sausage & Broccoli Rabe
Author: adapted from Bon Appetit
Serves: 6
Ingredients
Instructions
Notes
If you plan to freeze some or all of this recipe, portion into freezer-safe containers before baking. Thaw and bake before serving.
3.5.3251
As always, thanks for stopping by. Enjoy, and cheers! 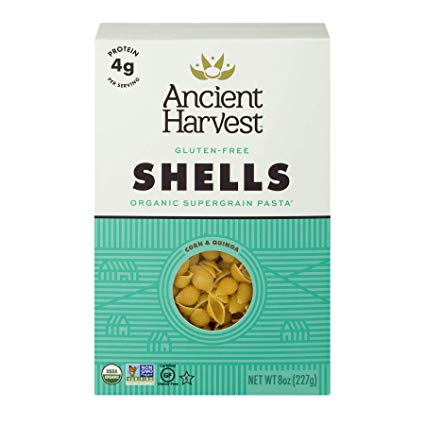 I like this brand of gluten free pasta. It’s made from corn and quinoa, and isn’t gummy at all like some other versions.

5 Responses to Baked Pasta with Sausage & Broccoli Rabe (and a whole lot of garlic!)