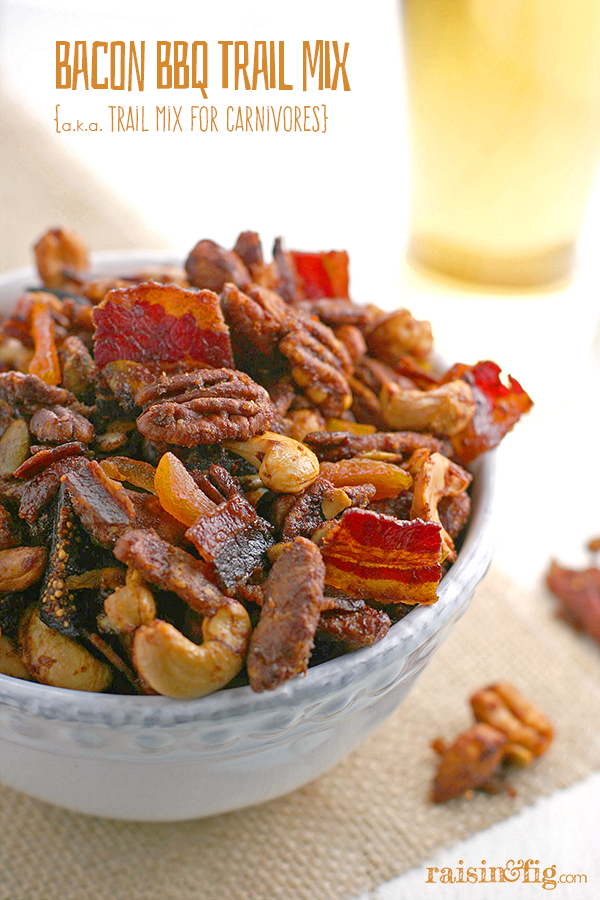 This one is for bacon-lovers – and the people that love them {because this is a great way to show your affection}. If you like your snacks with a good combination of salty & sweet, crunchy & chewy, meet this Bacon BBQ Trail Mix. This doesn’t meet my usual requirements for a “healthy” option… unless you can demonstrate some restraint after the first handful. Good luck with that!

My first batch was an experiment – and I couldn’t think of a better taste-tester than my stepson. He is a carnivore’s carnivore, and he loves bacon. So I mailed off a care package with a note asking him for his opinion.

After he opened the package and began his “research,” he posted this on Facebook.

I’ve not gotten the step-mom thing right very often… but this might be a game-changer!

The recipe I used as a starting point is from Edward Lee, the chef at 610 Magnolia in Louisville, Kentucky.

I made a second batch, tweaking a few things, and delivered it to some trusted friends to test further. The feedback was incredibly helpful. If anything, I’ve learned that people are VERY picky about their snack foods. Kind of like Goldilocks and those beds. Some thought it tooooo spicy. Some thought it tooooo mild. Some had very specific preferences about the texture. And some just requested another batch…

Thanks to the tireless research of these friends {aided by a cold beer or red wine, I’m guessing} I think I’ve got a recipe that works for most – but feel free to tweak it so it’s juuuuuust right for you.

I  tripled the bacon, because, well… why wouldn’t you? {If I ever package this to sell, the tag line will be “Bacon in every bite”!}

Lee also used 1/4 cup of cacao nibs, but I didn’t think they added much, so I left them out of the second batch. He also used Marcona almonds – which I forgot to pick up, so I used regular ones instead. That’s the beauty of this recipe – you can use it as a starting point.

But really, it’s all about the bacon. And the barbecue sauce.

I used my Grandpa’s BBQ sauce in the recipe {which I highly recommend} but you can use your favorite store-bought brand if you like. Many of the ingredients for the mix can be found in the bulk section at the grocery store.

You might want to double the recipe too – Husband was more than a little disappointed that I had shipped the whole first batch off to his son. 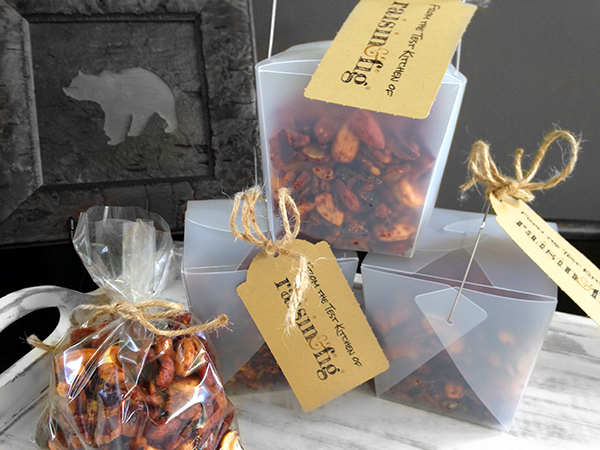 Here are some of the sample bags ready for delivery to my taste-testers!